Released on physical CD, digital download, streaming: 15 July 2022
This recording will also be available to download/stream in 7.1.4 spatial audio with Dolby Atmos 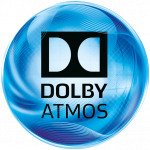 “The sonorous directness at the start of the Sixth is up there with the best… Lloyd-Gonzalez doesn’t miss a trick or dynamic in Shostakovich’s encylopedia of moods and contrasts…. The BBC National Orchestra of Wales has never been on finer form, assisted by the stunning production from Andrew Walton and Debs Spanton…” (PERFORMANCE: ٭٭٭٭٭ / RECORDING: ٭٭٭٭٭ BBC Music Magazine)

“…this is a cracking CD… He [Lloyd-Gonzalez] starts off as he means to go with a terrifying and gripping account of the opening pages. … I haven’t yet mentioned the high quality of the sound, a cooperation between Radio 3 and First Hand Records, which is an immense success… He has a real gift for Shostakovich” (MusicWeb International)

“Strong performances of Shostakovich Symphonies Nos. 6 & 9 from BBC NOW & Steven Lloyd-Gonzalez – a searing Largo with brooding strings in No. 6, expertly steered by Lloyd-Gonzalez, and driving momentum in No. 9.” (Classical Notes)

“Conductor Steven Lloyd-Gonzalez well defines the all-pervasive, mysterious undercurrent of the first movement. Besides the well-attained, powerful, bone-chilling and goosebump inducing climax around the 6:00 mark during which each and every member of the BBC National Orchestra of Wales more than earn their pay cheque,…If you’re a Shostakovich veteran like I am, don’t hesitate including this new recording in your collection. If you’re new to Shostakovich, jump right in. It’s as good a place to start as any.” (Classical Music Sentinel)

“They capture the pathos, the sardonic edge and the pain that undercuts the pantomime” (Andrew McGregor, BBC Radio 3, ‘Record Review’)

“A success story… Steven Lloyd-Gonzales and the Formation of Wales offer us an inspired and racy reading.
Lloyd-Gonzalez holds the beat firmly without crushing the sound in the largo, a tribute to Mussorgsky’s Boris Godunov. The finale is also skilfully produced, conceived as the diversion of a certain Russian academicism, thanks to a whirlwind of facetious musical ideas” (Resmusica)