Celebrating Lysander Piano Trio’s 10th anniversary in 2020, they present their FHR début with a new album featuring première recordings of new American piano trios commissioned or premièred by the ensemble. 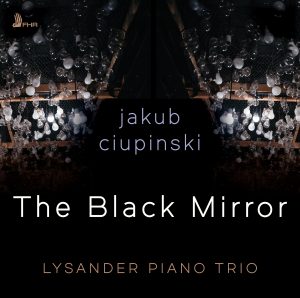 “An enterprising and finely realized collection of recent works for piano trio (all of them first recordings) Lysander Piano Trio, an ensemble now well established on the American recital circuit, which here gets to display its versatility and conviction in abundant measure.” (Arcana)

“The Lysander Piano Trio’s “mirrors” is a totally delicious album you will not want to stop playing, partly because of the Trio’s hypnotic proficiency, but it also has an appealing introduction to some noteworthy composers of new music.” (Concertonet.com)

“The members of the Lysander Piano Trio…. display a refined level of versatility and musicianship, and well define each work’s nature and point of departure.” (Classical Music Sentinel)