Released on CD and all digital platforms: 11 December 2020 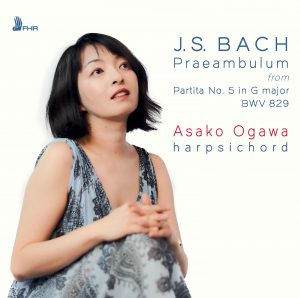 “Her ornaments in the repeats are stylish and the choice of registration seems apt… I found her lyrical playing engaging from the start… This is a capable and sensitive player who is intelligently inside the music, and quite capable of drawing us into it.” (Early Music Review)

“…her playing radiated excitement, and a vivid sense of the character of each individual piece… Particular pleasures include the Gavottes, the Sarabandes in Partitas 3 and 4, the lovely breadth and grandeur of the closing Toccata and the graceful treatment of the final gigue…” (BBC Music Magazine)